What to Do About a Clogged Shower Drain 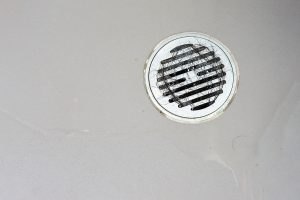 You probably know the creeping feeling that your shower drain is becoming clogged: Over time, more and more standing water builds up in your shower, and lingers for longer before draining out. This is a sure sign that hair and other materials are forming an unpleasant clog down your shower drain.

That standing water can start causing serious issues with your shower or bathtub over time, so it's best to deal with it sooner rather than later. If you're looking for the best way to unclog a shower drain, we have the options to try.

1. How to Unclog Your Shower Drain Using Your Hands

A surface-level hair clog can back up water but isn't that hard to tackle. If you're wondering how to unclog your shower drain the easy way, grab a pair of rubber gloves, a bag to put the drain debris in and a towel to kneel on.

First, pry up the drain cover or plug - a flathead screwdriver may help you here, but be sure to avoid damaging the cover. The good news is that many shower covers include hooks or designs that are made to grab hold of as much hair as they can, and when you lift up the cover you may find the entire clog comes with it!

You can also reach down and search around the first several inches of the shower drain to see if you can feel and remove any blockages. If it's noticeably dirty in there, you may also want to grab a brush and do some scrubbing to dislodge stubborn particles. If you think there's a clog within reach, using a wire coat hanger or similar object to carefully hook up the mess is an option, too.

If you're looking for how to unclog a shower drain blockage you can't see, there are a couple of DIY cleaner formulas you can try.

The first and easiest is boiling water. Set up a pot with a gallon or so of water on the stove and heat it until it starts to boil. Carefully carry the pot over to the shower, and slowly pour it down the drain. This can help essentially melt some of the soap scum and residue within the drain, loosening up clogs and allow them to be carried away. Turn your shower on for a bit afterward and see if this seems to be working. If it is, you can do this several more times to clear up the problem.

For a stronger solution, follow up your boiling water with a cup of baking soda, then a cup of white vinegar. The cost-friendly interaction can also help dissolve the grime holding clogs into place. While the mixture is working, prepare another pot of boiling water and follow up afterward with another pour.

3. How to Plunge the Drain

At this point, many people start wondering, "Can I plunge a shower drain?" After all, everyone has a plunger handy, so this DIY way to unclog a shower drain is time-efficient and affordable.

The good news is that a plunger won't damage your shower as long as you are careful.

To begin, simply turn on your shower and fill it with a small level of water, no more than an inch. With the shower drain removed, place the plunger fully over the drain and start plunging. You don't want to use too much force downward and risk cracking through to the shower liner, but it's fine to plunge harder once you've built up a rhythm. Look for telltale debris and strands of hair floating to the surface, which can indicate the clog is being dislodged.

This is how to unclog a shower drain with a plunger if the blockage is relatively easy to dislodge. Unfortunately, plunging is unlikely to work for a serious shower drain clog. If it doesn't seem to have any effect, it's time to consider more thorough options.

A drain snake is a flexible auger that's tipped with a screw-like drill. The auger is designed to be channeled into a drain and down through the pipe. When it encounters a blockage, the auger can drill into it to break it up or yank the clog back out of the drain.

You can buy or rent drain snakes, but there's an important caveat: They are not for the inexperienced, and when used incorrectly they can cause serious damage to your pipes and create a whole other, more expensive problem. If you've never used a drain snake before and aren't acquainted with home plumbing in general, it's a better idea to call a plumbing expert and let them know that you think your shower drain needs a drain snake.

If you want to avoid a bad clogging situation in the future, there are a few maintenance tips that we've found very helpful for owners avoiding blockages:

Remember, shower clogs will grow over time, so it's best to deal with them as soon as you start noticing an issue!

The 5 Different Types of Plumbing Pipes