Despite the fact that the term hard water or soft water is regularly bandied about, most people aren't familiar with the differences between them. In this post, we'll take a look at what hard and soft water is, how it affects your home and what you can do about it.

What Is Hard and Soft Water?

Hard water is water that contains a lot of dissolved minerals, most often calcium and magnesium. It's not bad for you, but actually provides some minerals and reduces the release of lead and copper toxins into your water. But it can cause problems with mineral deposits in your water lines and water-bearing appliances and fixtures, such as a refrigerator with an ice maker, a shower or a toilet.

By comparison, soft water has been treated, swapping sodium in place of the minerals already in the water from the soil and rocks in the aquifer. This is done by a water softener, which is regularly loaded with salt pellets to keep the machine supplied with sodium. The softened water prevents the buildup of lime and scale on your water lines, appliances and fixtures, and does a better job of dissolving soap into water, forming more lather. 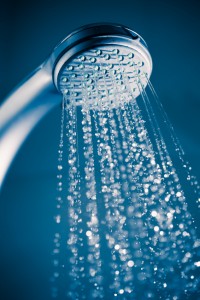 How Can You Tell if You Have Hard Water?

It's this last property that makes it easy to tell if you have hard water or not. Soft water will form more lather while hard water will leave behind soap scum. Hard water also leaves behind a white calcification called lime or scale. This material can build up on the inside of your metal pipes, causing restricted flow throughout your supply system. It can also form on your fixtures and appliances, but is easy to clean off surfaces by applying vinegar, which dissolves the calcium scale. The water can also have a cloudy or milky appearance in large quantities, such as a swimming pool. Hard water above a particular level of saturation can have a flavor that some people do not care for, while softened water is very pure, with an occasional barely salty flavor.

If you have a hard water problem that needs to be fixed, why not call the plumber Pittsburgh families have been turning to for more than 50 years?

Easy Ways to Save Water at Home